Ensemble Musica Humana specializes in imaginative and historically informed musical performances.  Drawing from primary sources, they seek to creatively engage with history through music, and bring to life a myriad of ancient musical traditions.

The ensemble takes its name from the Pythagorean concept of the Music of the Spheres as presented in the seminal work of Boethius, De Musica, which describes the three branches of music. Musica Mundana, the divine harmony created by the movements of the stars and planets; Musica Instrumentalis, the sounds made by instruments and singers; and Musica Humana, the music that resonates within the human body when it is in harmony with the music of the spheres.

Ensemble Musica Humana and its core members have performed in major cities all around North America including New York City,  Boston, Houston, Philadelphia, Montreal, as well as European cities such as Norfolk, England, and Lucerne, Switzerland. The ensemble has recorded four full albums, appeared at the Boston Early Music Festival, the SoHIP concert series, the Jane Austen Society of North America annual conference, the annual Carolan Festival (Worcester, VT), and their recordings have been featured on the BBC adaptation of “Poldark."

"There is geometry in the humming of the strings, there is music in the spacing of the Spheres." -Pythagoras 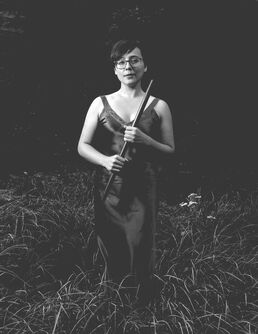 A versatile musician and well-rounded scholar, Lidia Chang double majored in Flute Performance and Music History at the University of Massachusetts in Amherst. She went on to earn a Master's in Historical Performance on the Baroque flute at McGill University's Schulich School of Music, and has recently completed a Masters in Historical Musicology at the University of Massachusetts. Lidia has had the pleasure of performing internationally as a soloist and with a number of period instrument ensembles including Ensemble Ad Libitum, Arcadia Players, Dorian Baroque, and Ensemble Musica Humana, of which she is a founding member. She has released two albums of Regency era dance music (Twelve Cotillions by Giovanni Gallini, 1770 and Country Dances by Thomas Skillern, 1781), which can be heard on the BBC’s recent adaptation of Poldark. As a scholar, Lidia’s primary focus is on the intersection of literature, gender, aesthetics, and music performance practices in the “long” 18th century. She has presented her research at annual and regional meetings of the Jane Austen Society of North America, the American Musical Instrument Society, the Galpin Society, the American Musicological Society, and at the Museum of Fine Arts in Boston. She is currently pursuing a PhD in Historical Musicology at the City University of New York. 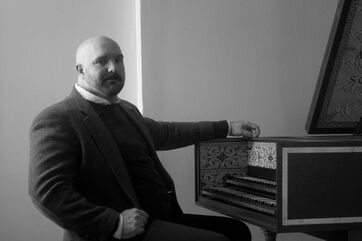 Kevin Devine
​An in-demand soloist and collaborator, Kevin Devine has played concerts from coast to coast on historical keyboards. His early music ensemble bro/\dside made their debut in September 2017 at the Pioneer Valley Early Music Day festival in western Massachusetts. They will make their Manhattan debut as part of the Gotham Early Music Scene 2018/19 concert series. Mr. Devine obtained degrees from San Francisco State University, from Boston University with honors, and is currently a candidate for the Doctor of Musical Arts degree at Stony Brook University.

As an avid player of the hurdy-gurdy, Devine explores the instrument's repertoire from the music of Hildegard von Bingen to 18th-century arrangements of Vivaldi's Four Seasons.

In a former life, he was a tubist and still teaches and plays the instrument on occasion. Devine is also employed as an keyboardist and staffer at two of the country's oldest and most successful music festivals, Amherst Early Music Festival and San Francisco Early Music Society Summer Workshop. He currently resides in Brooklyn where he works as organist and choir director at Trinity Lutheran Church in Sunset Park. 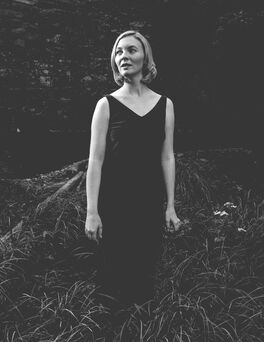 Hailed for her "beautiful vocal timbre,” soprano Corrine Byrne has quickly become a celebrated singer and interpreter of repertoire from the Medieval to the Baroque era, and music by today's most daring contemporary composers. Recent roles include Anna I (Die Todsünden) Lady Madeline (The Fall of The House of Usher by Felix Jarrar), Doctor (The Scarlet Professor by Eric Sawyer),  Cathy (The Last Five Years), Gretel (Hansel and Gretel) and Anima (Ordo Virtutum). Byrne has made appearances with The Lucerne Festival Academy Orchestra, REBEL Baroque Ensemble, One World Symphony, Manhattan School of Music Symphony Orchestra, Plymouth Philharmonic Orchestra, Amherst Symphony, Lorelei Ensemble, the Carnegie Hall Chamber Chorus, and is a co-founder of Ensemble Musica Humana. Byrne was a finalist for the 2012 Career Bridges Grant Awards, the 2013 Classical Singer Magazine Competition, the 2015 Handel Aria Competition, and a semi-finalist in the 2016 New York Oratorio Society Solo Competition.  She holds a B.M from UMass Amherst, an M.M from Manhattan School of Music and a D.M.A from Stony Brook University, and is currently on the voice faculty at Susquehanna University.. www.corrinebyrne.com

Ensemble Musica Humana is a sponsored project of Fractured Atlas, a non-profit arts service organization.
Contributions for the charitable purposes of EMH must be made payable to "Fractured Atlas" only and are tax-deductible to the extent permitted by law.